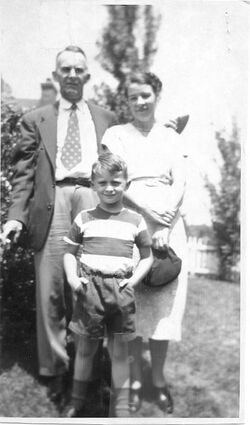 After studying with Donald Hall (US Poet Laureate 2006-7) at the University of Michigan, KEN LAUTER has published poems in a number of journals and 14 books.

Ken's early work has been compared to Robert Lowell's, and distinguished poet William Meredith (US Poet Laureate 1978-80) has said that Ken's poetry displays "a splendid and various gift."

His awards include a Hopwood Award for poetry, an American Academy of Poets Prize, and a Shubert Playwriting Fellowship, and he has also written several plays, including The Dancing Apsaras, or Captain Willard's Blues, a prequel/sequel to Francis Ford Coppola's Apocalypse Now.  He has taught literature and creative writing at four universities and worked as a mayor's aide, a university administrator, and a grass-roots environmental activist.

My only life raft on the torrents of time (genetics, sex, love, rock ‘n roll, cars, real estate, politics, capitalism, war, global warming, etc.) has been words.  As a middle-class American, I don’t have a story as richly mysterious as the one Nabokov described in Speak, Memory; but as a child I received something I suspect he lacked— unconditional love— and I have taken as my mission, as a poet and a man, to be worthy of that blessing.

Childhood
Born on a freezing night in 1943 in the middle of WW II, I grew up  in a cramped, 2BR-1B house with a big front porch and a coal furnace in the dank basement, located in a suburb of Kansas City MO.  Our back yard was studded with trees (apple, pear, peach, cherry, walnut, elm) and bordered a creek and woods that became my Arcadia.  I roamed there with other boys and my fox terrier Sox, built campfires, played hide-and-seek, cowboys-and-Indians, and hunted for wasp nests to lob stones at— a KC Huck Finn.

The woods were immense and magical, a corridor between our house and the school on a hill half a mile away.  Next to the school was a pasture spreading southward over rolling hills to meet a bend in the wide brown Missouri River (from there, downtown KC was visible upstream as a low gray line of granite teeth).  I walked to school through fragrant fall, snowy winter, and sweet spring.  In the first grade, I fell madly in love with Ann, but to my everlasting shame, I dropped her in the third grade when I discovered she was dirt poor.  I liked my teachers, got good grades, made friends, thought life good.

My parents were over forty when they married in 1942 (a second try for both of them).  My dad, Kenneth Arthur Lauter, the oldest of four brothers in a family of German immigrants, was a recent arrival in KC from St. Louis, his hometown.  When they met, my mother Kathryn was living on an 80-acre farm she and her first husband had acquired not long before he had himself committed for schizophrenia and convinced Mom to divorce him.  Two years later, shw sold the farm and married my father.  The middle-aged newlyweds then moved into the suburbs.

With The Feminine Mystique decades away, Mother was proud to be called “just a housewife” (or so she said).  She cooked, cleaned, sewed, cut magazine coupons, went to a beauty parlor now and then, and shopped for a new hat for church (Baptist) at Helzbergs department store downtown twice a year (Easter and Christmas) occasionally with me in tow, fidgeting and intimidated by the ornate store décor and the perfumed salesladies who winked at me.

After a small-town Missouri childhood as one of eight kids, two of whom died in childhood, Mom had gone to secretarial school and then clerked in a Western Union Office, but my father insisted that no wife of his would have to work.  So she made meat-and-potato suppers, shared highballs and cigarettes with him when he got home from “the salt mines,” and loved us both.  After dinner and homework— with Dad often helping me— we watched TV: Ozzie and Harriet, the Lucky Strike Hit Parade, Gunsmoke, Johnny Carson.  Then Dad relaxed in his recliner, reading detective stories (Mickey Spillane, Shell Scott) and historical novels (Thomas B. Costain, A.B. Guthrie) while I assembled plastic model warplanes.

By the time I was ten, an air of exhaustion and regret had crept into our house on 4321 North Spruce.  (The street number seemed magical, a countdown to something— nuclear war maybe… or poetry?)  My handsome, much older half-brother Clark had died in a car wreck in 1949, leaving Mother with an enduring sadness.  Working for an insurance company, Dad rode up and down dark, dangerous elevator shafts on the roof of the elevator and pored over client books with green-eye-shade rigor.  After two decades as an office manager, he made less than $10,000 a year— which didn’t bode well for my college fund— and was deeply depressed when he lost his last chance at a big promotion.

Youth
In high school, I gave up sports as a sophomore because I couldn’t practice two hours every day and still do my homework.  Besides, I was a mediocre athlete and got no girls for that.  I loved Elvis, Chuck Berry, Buddy Holly, Roy Orbison, Johnny Cash, and the Kingston Trio (until Dave Guard left).  I also loved geometry, algebra, physics, history, drafting, and English lit.  And I really loved Janice, Catherine, Glenda, Linda, Marsha, Della, Judy and… Marilyn Monroe!  I liked some teachers, made good grades but few friends, still thought life good, and won a prize for a poem beginning: “O mighty ball of sun on high/Riding through the clear blue sky.”  (Not exactly Keats.)

With advice from our family doctor (a chiropractor and former Navy CPO) my father conspired to get me into the Naval Academy— no tuition, “great engineering school”— but once I got there it seemed childish after reading Robert Frost, For Whom the Bell Tolls, All Quiet on the Western Front, and The Bridges of Toko Ri.  In 1964, though near the top of my class at Annapolis, I resigned at the start of my third year, because of my opposition to the Vietnam War, not wanting to die young, and a growing realization that I liked Shakespeare better than ships.

Continuing with college back in KC at the Mizzou branch there, I had summer jobs driving a cab, unloading boxcars, and working the information desk at the public library.  A year later in grad school in Ann Arbor, I studied poetry with Donald Hall, got a Masters degree, and won a Hopwood Prize in poetry.  I stayed in Michigan that summer, carrying plaster for a mason, doing union day labor, and falling in love with Judith Snider, a beautiful tan brunette whom I met in one of Hall’s classes.  I noticed two things about her immediately: she wore wonderfully taut white blouses, and her poems were better than mine.

In 1966, we married in Tucson— a desert paradise to us mid-westerners.  I taught at the University of Arizona by day and wrote poems by night.  Judy got the first M.A. in creative writing awarded there, and then discovered her real love (the human brain) after reading Arthur Koestler’s The Ghost in the Machine.   We left Sonora desert and Tucson in great sadness, vowing to return ASAP.

After a year at the University of Denver, where we spent as much time driving through the Rockies as we did in class, we moved to St. Louis in 1971.  There, in grad school at Washington University, we both went vegetarian, Judy dove into neuroscience, and I swam among poets from Blake to Yeats and novelists from Austen to James.  In 1979, after realizing how poor the market for PhDs in English was, I left academe to become a mayor’s aide, enjoying/enduring the circus of big-city politics.  We lived in muggy St. Louis for 15 years, always desperate to return to sunny Tucson, which (a miracle!) we did, in 1985, only to become embroiled in a bitter, five-year environmental battle that got us excommunicated by the local power-brokers from Arizona in ‘91.  We were both nearly 50.  Our youth was over.

1991-2001
Our next decade was spent in Oklahoma, where Judy taught at the OU Health Science Center and founded a neuroscience lab, while I wrote, wrote, wrote.  We also traveled to Holland twice, loving it except for the incessant rain; and to England once, hating the combo of cold rain and boiling heat, not to mention the crappy hotels, crappy food, and crappy RSC— but loving Steven Berkoff this side of idolatry in Coriolanus at the Mermaid Theatre just off the Thames.  We saw the play four times in a month.  Unforgettable.

2001-2011
We moved to Judy’s home state of Texas, beneath the pines of “Deep East,” where she taught at Stephen F Austin University, founding and directing a human behavioral neuroscience lab there.  Besides her professional journal publications during this period, she also published a popular science book, How Is Your Brain like a Zebra: a New Hunan Neurotypology and is currently working on The Neural Rainbow: the Center, the Perimeter and the Brain - A New View of Human Nature, which will be her magnum opus.   She retired from SFA in 2012 and has subsequently devoted much of her energy to composing books of haiku based on her original photography.

At 68 I was still hungry to improve at what Chaucer calls the craft so longe to learne—  by which he meant both poetry and love.  I’m no longer so sure whether life is good or not; but my primary life raft, though a bit battered after years at sea, still consists of those utterly ephemeral yet steel-strong things: words.

2012- 2019
Serious health issues for me: a) one day before Thanksgiving 2011, a hemorrhagic stroke (while playing basketball); b) May 2013 a second stroke (ischemic); c) February 2012, a bad, possibly viral.  A parade of medical specialists has followed (in four cities), with inconclusive tests and three failed attempts to gain admission to the Mayo Clinic— plus the “predictable age-related decent,” in James Fallows’ felicitous phrase, for people like me, bumping up on 80  (hearing loss, cataracts, bronchitis, sleep apnea, arthritis, and acid reflux).  Recently, a TIA briefly occluded the vision in my right eye and later some episodes of severe dizziness occured, leading to a heart-monitor chest implant.  The worst problem and worry: my ability to walk continues to deteriorate.

My muse is not amused but has kicked herself into high gear, with an outpouring of individual poems and four books in progress—  Inquiries: Poems Posing Questions; Cosmic Questions: Poems in Our Galactic Moment; On the Wall & On the Page: Poems in Response to Art from the 2018 Texas National Competition and Exhibit; and Mortality and Other Hassles: Poems at the Margins of Life. (Needless to say, that final collection is presenting some daunting challenges.)

The best news is that Judy is flourishing.  Steadily increasing the pace and amount of her walking (3-6 miles/day) and adding regular weight training, she has dropped some 45 pounds, looks great, and is greedily devouring a wide variety of books, mostly novels, including— the Michael Connelly Detective Bosch series, Patrick O'Brian's historical seafaring series, and works by more "literary" authors such as Martin Cruz Smith, Particia Highsmith, Paulette Giles, Annnie Proulx Cormack McCarthy, Martin Amis, Muriel Spark, Thomas Pynchon, Somerset Maugham, Evelyn and Alex Waugh, Hilary Mantel, Graham Greene, E M Forster, Joyce Cary, Joseph Conrad, William Faulkner, and her great favorite, Charles Dickens.  Several these works we have read aloud to each other, but most of them are her nightstand readings as I'm in the next room strapping on my CPAP.

So I'm now in the zone T S Eliot spoke of: I grow old ... I grow old ... / I shall wear the bottoms of my trousers rolled."  In fact I do need to have the hem of my blue jeans taken up an inch or two; but my linguistic life raft is still afloat— though I think I hear the sound of the falls not too far ahead.  No mermaids singing so far.
Copyright Ken Lauter, 2019
Powered by